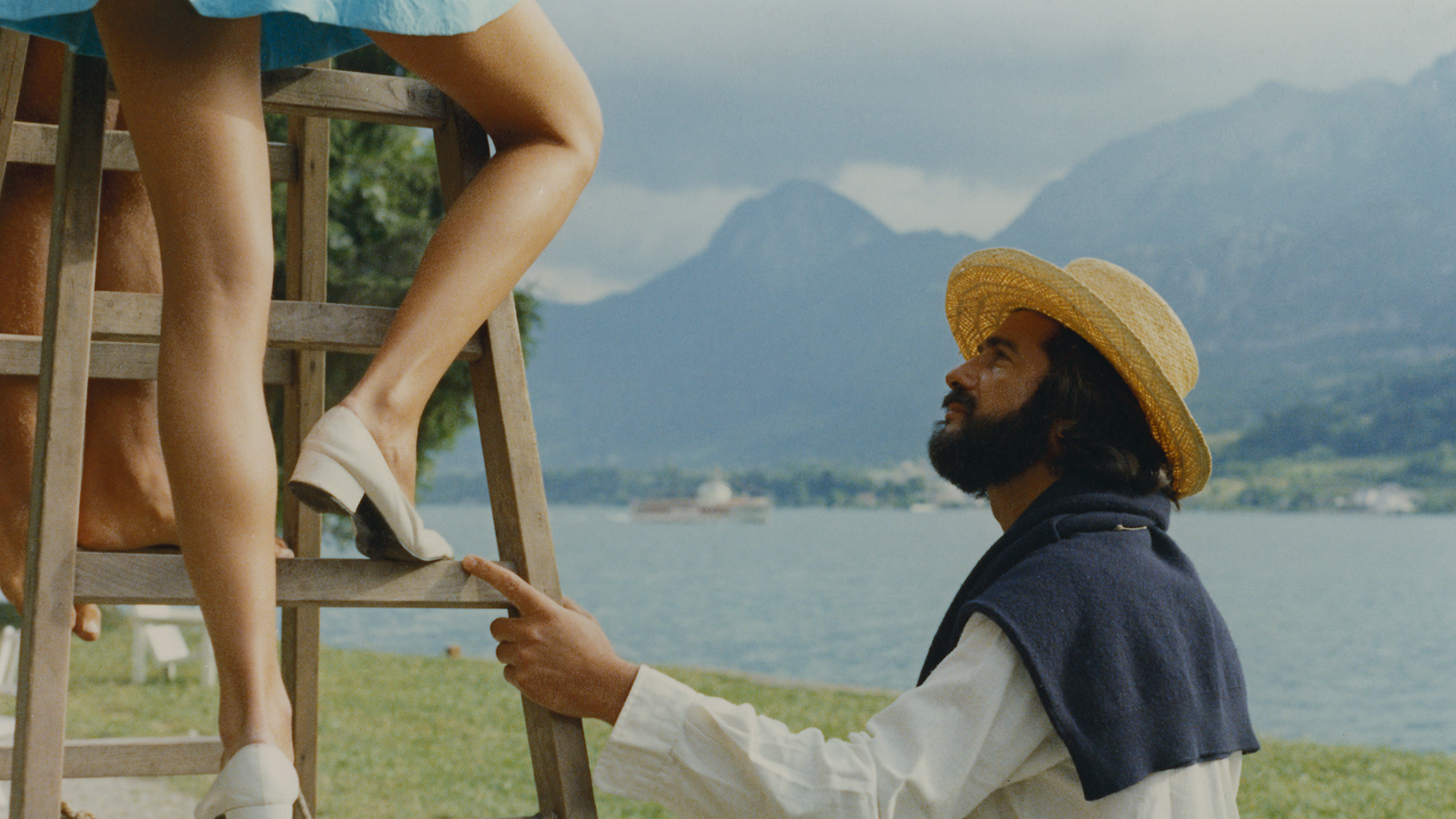 “Why would I tie myself to one woman if I were interested in others?” says Jerôme, even as he plans on marrying a diplomat’s daughter by summer’s end. Before then, Jerôme spends his July at a lakeside boardinghouse nursing crushes on the sixteen-year-old Laura and, more tantalizingly, Laura’s long-legged, blonde stepsister, Claire. Baring her knee on a ladder under a blooming cherry tree, Claire unwittingly instigates Jerôme’s moral crisis and creates both one of French cinema’s most enduring moments and what has become the iconic image of Rohmer’s Moral Tales.