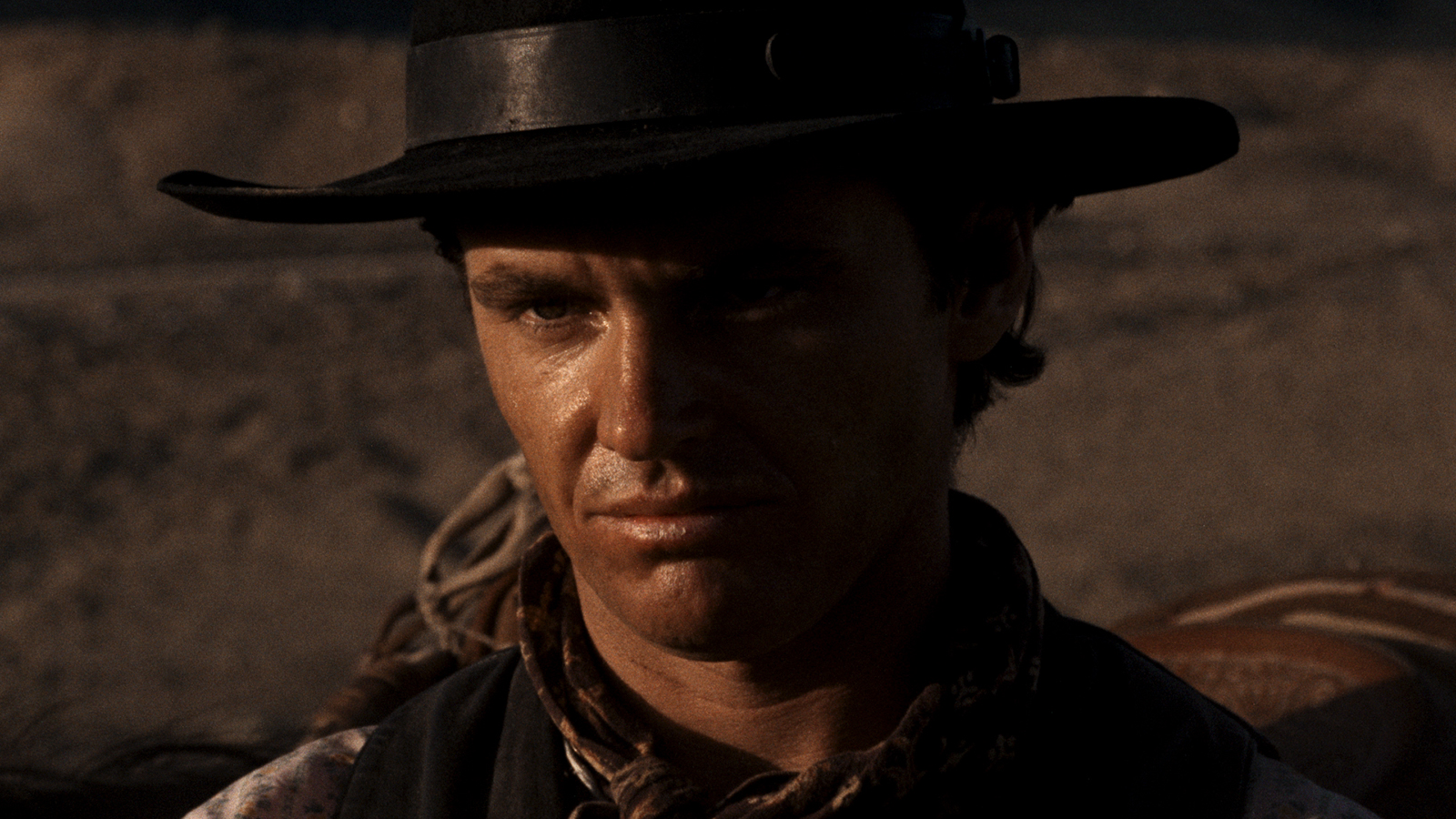 New 4k DCPs of THE SHOOTING and RIDE THE WHIRLWIND are now available to movie theaters.

In the midsixties, the maverick American director Monte Hellman conceived of two westerns at the same time. Dreamlike and gritty by turns, these films would prove their maker’s adeptness at brilliantly deconstructing genre. Shot back-to-back for famed producer Roger Corman, they feature overlapping casts and crews, including Jack Nicholson in two of his meatiest early roles. The Shooting, about a motley assortment of loners following a mysterious wanted man through a desolate frontier, and Ride in the Whirlwind, about a group of cowhands pursued by vigilantes for crimes they did not commit, are rigorous, artful, and wholly unconventional journeys to the Old West.