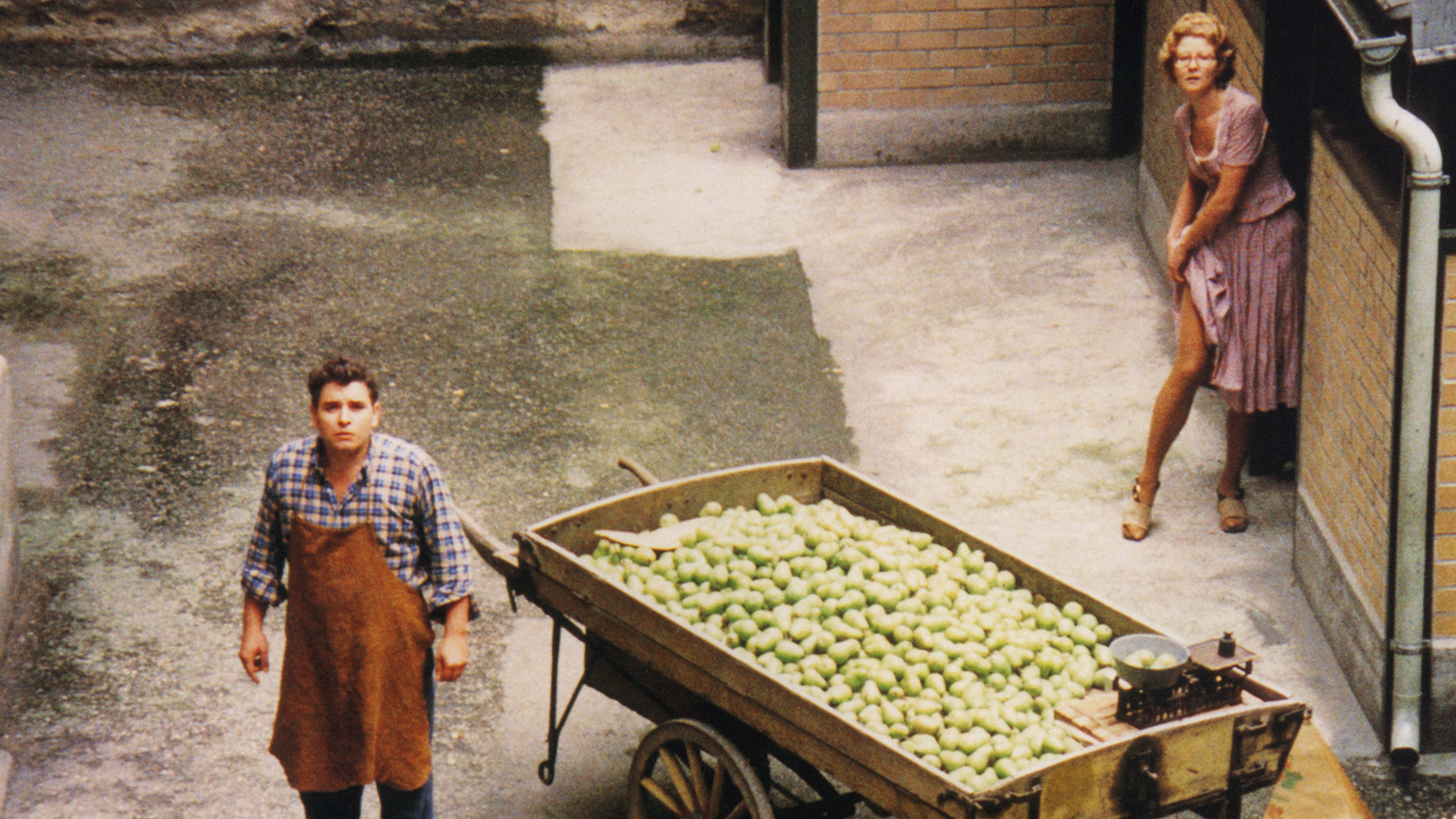 The Merchant of Four Seasons

New German Cinema icon Rainer Werner Fassbinder kicked off a new phase of his young career when he made the startling The Merchant of Four Seasons. In this anguished yet mordantly funny film, Fassbinder charts the decline of a self-destructive former policeman and war veteran struggling to make ends meet for his family by working as a fruit vendor. Fassbinder had gained acclaim for a series of trenchant, quickly made early films, but for this one he took more time and forged a new style—featuring a more complexly woven script and narrative structure and more sophisticated use of the camera, and influenced by the work of his recently discovered idol, Douglas Sirk. The result is a meticulously made, unforgiving social satire.